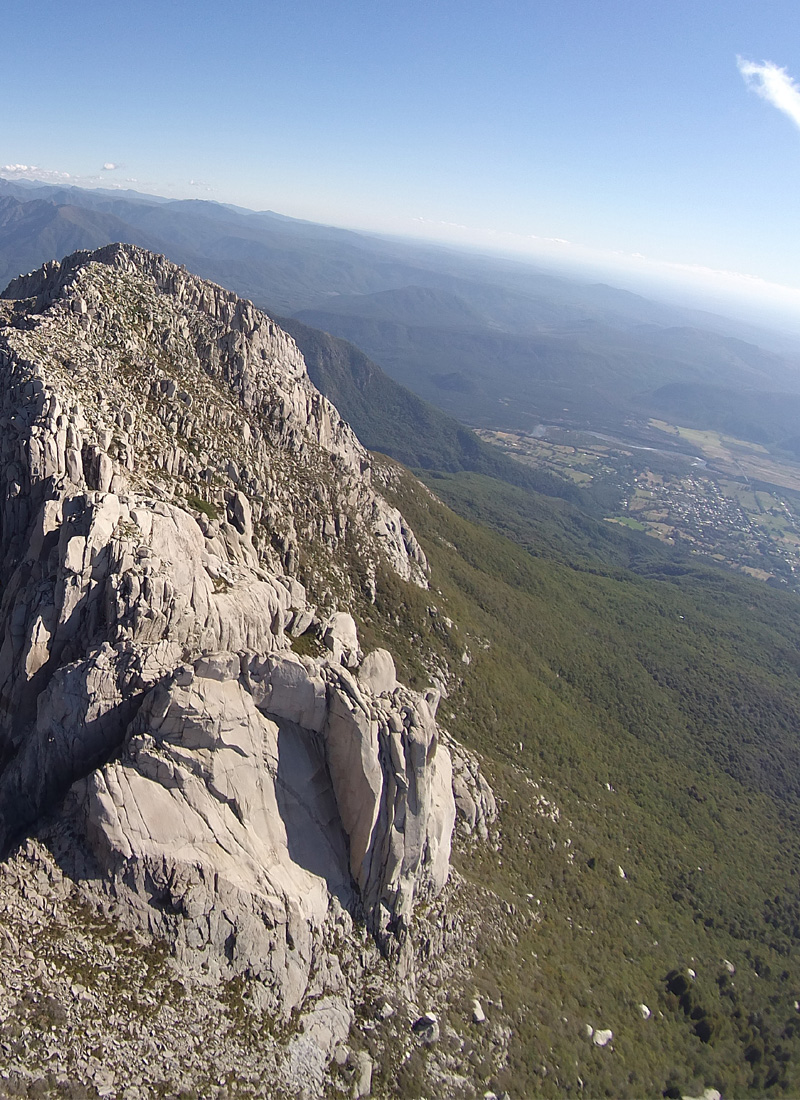 San Fabián de Alico is a small rural town in the Ñuble region, nestled at the foot of the Andes Mountains in the south-central zone of Chile. Founded in 1865, it was the birthplace of Violeta and Nicanor Parra, two of the greatest exponents of Chilean folklore and poetry. Most of its inhabitants live from agriculture, animal husbandry, native forest management and tourism during the summer. Bathed by the pristine waters of the Ñuble River, this commune surprises with its beautiful mountain landscapes, its high biodiversity native forest, and the richness of its rural and mountain traditions, local knowledge and flavors. Today you can still see elegant huasos dressed in poncho riding through the town, proud of their horse and their chupalla (traditional hat), and carts pulled by a team of oxen. Women know the secrets of native forest plants and spend their winters weaving woolen blankets with wooden looms. During the summer, the Cherry Festival, cueca competitions and concerts enliven the town. The commune is located within the Nevados de Chillán-Laguna del Laja Biological Corridor biosphere reserve (recognized by UNESCO in 2011), and the beautiful Ñuble river basin, where many wonders of nature (lakes, rivers, waterfalls , mountains, hot springs, native forest …) are still preserved from mass tourism. The Andean peaks of the region offer a spectacular view over the Nevado and the Chillán volcanoes to the south and the Nevado de Longaví to the north. Another wealth of this area is its incredible biodiversity.

The San Fabián region is located in a climate transition zone between the dry Mediterranean climate of the central zone and the rainier temperate climate of south-central Chile, which gives it the particularity of having ecosystems with high levels of endemism, with native species of the Mediterranean sclerophyllous forest, such as quillay (Quillaja saponaria) or boldo (Peumus boldus), characteristic species of southern deciduous forests, such as Roble (Nothofagus obliqua) or lenga (Nothofagus pumilio), and evergreen species from Valdivian forest, such as canelo (Drymis winteri) or olivillo (Aextoxicon punctatum). In a single mountain valley of San Fabián, 6% of the recognized vascular flora species of Chile have been recorded, which is enormous for a small valley! And within these species, 20% are endemic, which means that their area of ​​distribution is limited to Chile, the central zone or even our region in the case of some species. On the other hand, this area is the habitat of many Andean fauna, and even the huemul (Hippocamelus bisulcus), a species of native deer in danger of extinction and emblem of the national coat of arms.

How to get here?

From Santiago to San Carlos, take a bus or train (4-5 hours). Then, from San Carlos to San Fabián de Alico, take a local bus (1 hour) or private transport if you want us to pick you up.

All seasons are interesting and we can offer you entertaining activities throughout the year. Summer is rich to swim in rivers and lakes; in autumn the colors of the native forest are wonderful; in winter the snow-capped mountains offer a very beautiful spectacle; and in spring nature wakes up little by little, it is the time of flowers, waterfalls, and digüeñes (edible mushrooms).

For your stay in San Fabián de Alico before and / or after your walk, we can recommend different options:

For tours that include food, we always try to offer high-quality and local products, and we can adapt the menus when necessary (vegetarian diet, for example). On most multi-day excursions, there is the possibility of organizing a goat roast for dinner. To eat in San Fabián, we recommend the local Zamba i Canuta

Another important attraction of San Fabián, in addition to its beautiful mountain range and its culture, is its river for lovers of water sports. The Ñuble is a river known worldwide for kayaking and rafting and several companies offer activities on the river. We can coordinate rafting or kayaking descents with the best guides in our commune.